The Best Types of PC Games 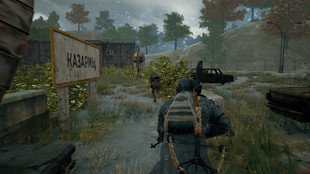 Even with the availability of the latest and greatest consoles, many players prefer to engage in gaming action on a PC. There are some amazing PC games that have been developed over the years and companies are still creating new and exciting games that will attract avid players. With combat games, racing simulations, various sports selections and more, there are thousands of PC game titles that will appeal to players and will offer a thrilling way to engage in gaming.

Most Popular Types of PC Games

When players are looking for the latest and greatest PVC games, they will find there are common game categories that players enjoy most. While each game will offer different features, the type of game will remain the same. Role-playing games have become extremely popular with avid gamers and with these games, the player will become a character in the game and will perform a variety of tasks. These games will have players navigating through a virtual world and they provide hours of entertainment.

Racing games are also quite popular and a number of these types of games are simulation games. Where players will drive realistic cars on well known tracks around the globe. Racing games can be played as a single or multi-player game and players can customize vehicles, enter championship races, compete at career levels and more. Fans of sports will benefit from a wide selection of sport themed PC games. Most of the professional sports leagues have game titles, so players can enjoy the action of the NHL, NFL, MLB, NBA and more. These sports games provide realistic actions and player rosters from current seasons.

Some other popular types of PC games include puzzle games, such as crosswords, Scrabble-type games and word games. There are also tons of action and adventure style games and of course, MMORPG titles that have become some of the most played games around the globe.

MMOROG games, also known as massively multiplayer online role-playing games, have become a popular choice for PC gamers and these games combine the thrills of role-playing with multiplayer action online. With MMORPG, players will be able to interact with others and work together to complete missions and engage in battles to win the game. With these types of role-playing games, players will take on the role of a lead character and will have control of their actions. The thing that makes these types of PC games so appealing is that there are many players that are all interacting at one time.

The most popular MMORPGs will have similar characteristics. There will always be social interaction, level progression and a changing game environment. Most of the MMORPG titles that are played today have a fantasy theme and the main goal is to develop the primary character in the game. In 2018, some of the most played MMORPG titles include TERA, Star Trek Online, Lord of the Rings Online, Neverwinter and Blade & Soul. 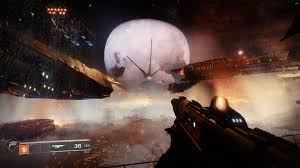 PC shooter games offer a wide range of weapons and many different enemies, depending on the theme of the game. With combat and military-style games, players will be shooting at other armies. There are also sci-fi shooter games, where players will protect their world from alien attacks. These games all offer a 3D environment and are quite realistic. With an amazing choice of weapons, different scenes and settings and amazing excitement, players continue to choose shooter games over many other titles.

Shooter games are the most popular in the gaming industry, so there are many new titles that are released on a regular basis. The best PC shooter games that players are looking forward to in 2018 include Metro Exodus, World War Z, Overkill's The Walking Dead, Escape from Tarkov and Battalion 1944.